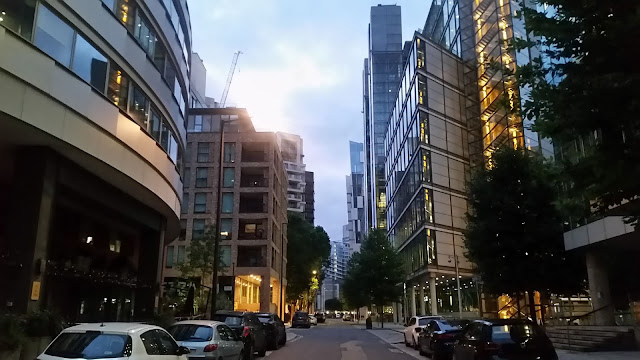 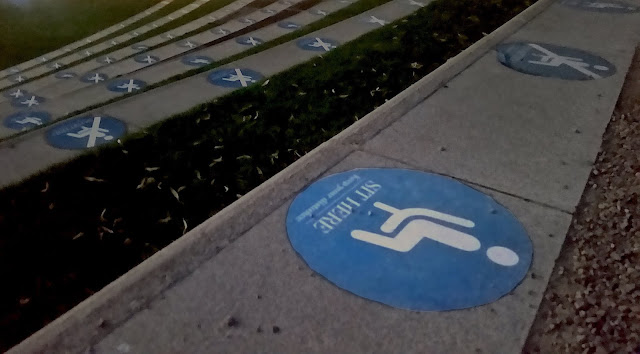 Night walks are great for maintaining one's post-apocalyptic flânerie in the face of increasing stir. Here's another 4am. The foxes are getting grubbier I notice. One of my zoom pub quiz team said yesterday he was in a traffic jam.
Posted by slepkane at 05:28 No comments:

Dancing Lessons From Lucy Maud (a note on risk assessment) 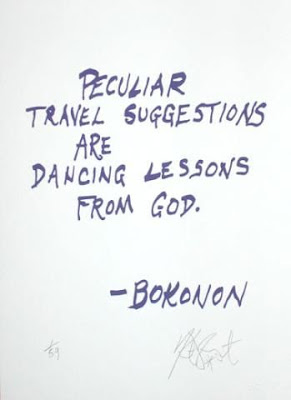 Apologies for the tomorrowness of this post, but I think my body clock's running to a thirty-six hour day now, so look I'm just going to go with it. I walked up Parliament Hill yesterday at 4am, or the hill next to Parliament Hill, and I listened to Ken Campbell's Letter To Bob Anton Wilson. Pretty much all of Campbell's shows have now been released as podcasts, and subjects overlap, but I'd never heard him talk before about Anne Of Green Gables. There's a video of the "Letter" too, and here's a bit of it (or a lot, depending on how long you keep watching):


A series of "redemptive vignettes" is how Campbell describes Lucy Maud Montgomery's series, capable of reducing the hardest of men to tears, and forcing the maestro to finally confront his own "a**holery". And obviously I love a good children's book, the clarity and care and genrelessness, and so by the time I'd got home I considered this a recommendation, and I went to bed. But my body was having nothing of it, so I got up decided to sit myself down in front of the telly. I finally watched Russian Doll on Netflix. I binged all eight episodes. I loved it. But... 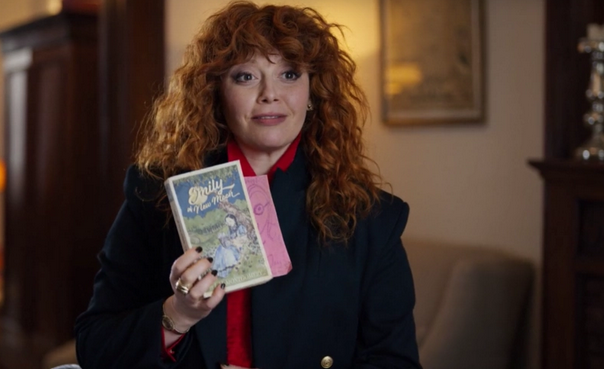 Natasha Lyonne's character Nadia, self-consciously but effortlessly hard-bitten and initially impermeable, turns out to have been anchored to humanity by the children's book "Emily of New Moon". For the second time that morning therefore, a narrative of fractured universes was recommending to me the works of Lucy Maud Montgomery. This actually didn't seem so weird given that in both Campbell's and Lyonne's world "clues fucking abound" to quote Nadia, and yet that thematic aptitude was itself a further coincidence, and probably should have made it feel weirder. 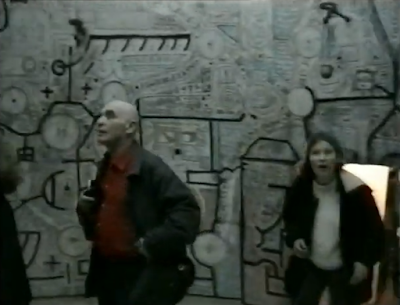 Footage of Ken and Daisy Campbell "astounding their selves into being" at Damanhur
(unavailable on the podcast).

What I found more interesting, on a zeitgeisty level, was how Russian Doll toyed with an idea I'd seen come up a lot recently - in the Live, Die, Repeat machine from the Vat of Acid episode of Rick and Morty - or in the extraordinary, even more recent, choose-your-own adventure finale of Kimmy Schmidt (again on Netflix). You could call it "risk assessment", although the latter show offers more an opportunity for catharsis, impossible with any previous telly technology.* It seems decisions themselves might be the new monster, the new Atom Bomb. And television's extraordinary at the moment. And it seems a good time to stay in. 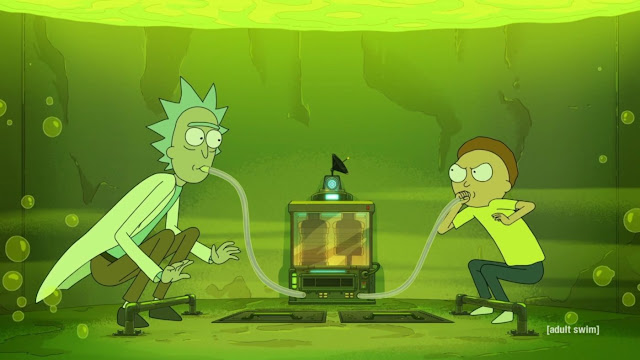 * UPDATE: Watching this Nathen Zed video on The Last Of Us 2 I realise I'd probably be less surprised by all these developments if I gamed more.
Posted by slepkane at 23:59 No comments:

Heaven Just Got A Haircut 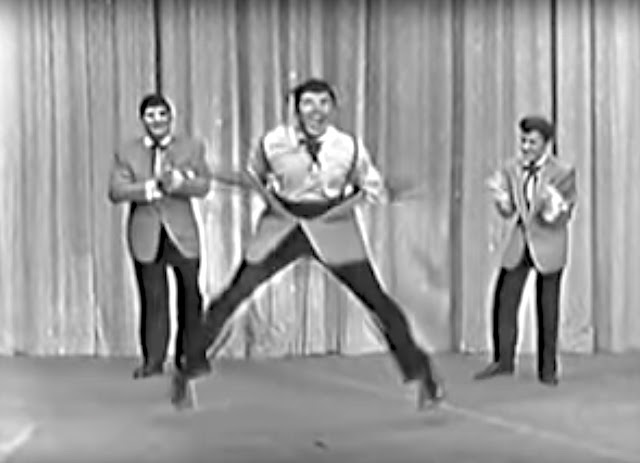 
Dick Van Dyke, Rose Marie, Mel Brooks... it really did seem as if that gang of pioneers would live for ever, but it turns out writer, perfomer and director Carl Reiner would only make it to ninety-eight. Well, hallelujah for him. It can't have been easy to build movies around a conceptual stand-up like Steve Martin, but you wouldn't know it looking at Reiner's CV. He absolutely understood "stupid", and I don't think there's any more spirit-lifting proof of this than the clip below. This is Your Story is the Sid Caesar's Show Of Shows sketch my family would look out most often, when wanting to get delerious, but this is my own personal favourite. It might actually be the most influential bit of comedy I've ever watched, which might explain why I didn't really go into comedy: even making fun of how little work you're doing looks really hard. That's Carl Reiner on the left. This went out live. God, it's good. Hallelujah. Enjoy.

Posted by slepkane at 21:43 No comments: 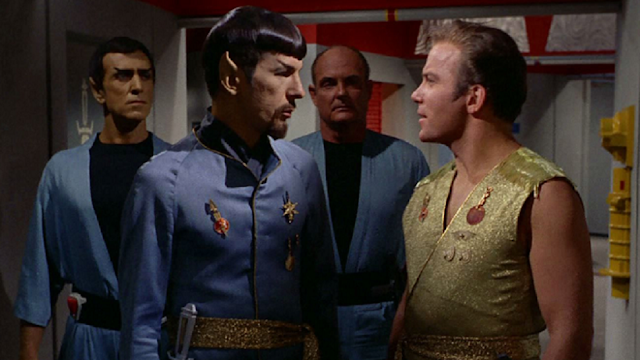 I finally watched the Mirror Universe episode of Star Trek, the one where Kirk and Bones accidentally beam into an evil universe and Spock has a goatee, which I think is the first instance of facial hair being used to denote an evil switch. (In 1960's The Two Faces of Dr. Jeckyll, Jeckyll actually loses a beard to become Hyde, but I'll always first and foremost associate the evil beard with Michal Knight's evil twin.) As a simple statement of the values of the Federation Mirror, Mirror works incredibly well, a bit like - now I think of it - how Pottersville in It's a Wonderful Life realises the malevolent effect upon characters we've already met of living in a world gone to shit (although in that darkest timeline, spectacles on a love interest take the place of the goatee.) My favourite moment of the episode comes about twenty minutes in, when we finally cut back to our universe - assuming optimistically that Star Trek is set in our universe - to find out what havoc the evil Kirk and Co. have been committing on the original Enterprise, while their counterparts have been attempting to steer the evil universe away from planetary looting and domestic tooth and claw. Because it turns out they've committed no havoc whatasoever but have instead been dragged, almost immediately, kicking and screaming to the brig. Of course they have. What's a utopia without checks and balances? And that's how you really tell which timeline you're in: not by looking for goatees, but by seeing who's in prison, and who's walking around, still allowed to be in charge. 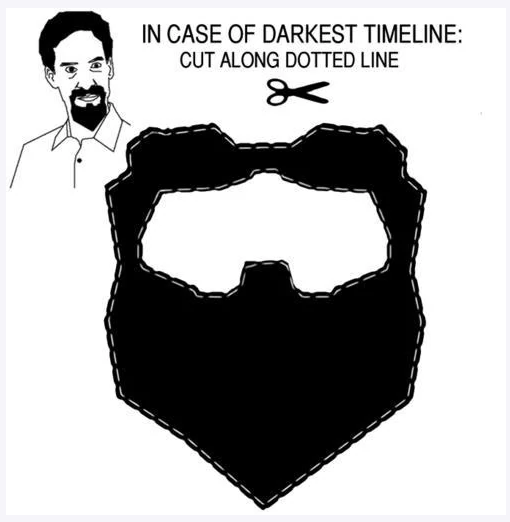 (A few more telly thoughts - I'm finding it hard to get into The Next Generation. I can't shake the sense that the ideals of the Federation have just lapsed into snobbery. You shouldn't be able to ask of a Star Trek "Which character's the curious one?" They should all be curious. Unlike in The Original Series, the aliens of TNG aren't mysteries to be learnt from but sleazy, third-world-coded fops there to be taught a lesson. I have finally got into Community though, hard, but like Rick and Morty not immediately, having to wait nearly a series for it to bloom from a hate-friendly Scrubs-without-stakes into a hate-friendly Muppet Babies-for-grownups, which is much more my thing.)
Posted by slepkane at 23:57 1 comment:

Email ThisBlogThis!Share to TwitterShare to FacebookShare to Pinterest
Labels: Abed, Harmon, Not So Much A Question Really More of An Observation, Politics/Anxiety, Scifi, Startrek, Telly

Under instruction from my friend Lucy to sing a scale and then improvise fifty seconds or so of opera dressed as a planet, I was assigned Saturn having a breakdown, and so here I am in a very thrown together costume (Saturn was sometimes portrayed carrying a scythe. I did not have a scythe), eating my children (in accordance with Myth) and threatening to issue brochures explaining why. My hope is you'll find it every bit as catchy as yesterday's Shepard Tone. I don't know who the painting above is by I'm afraid, but I found it here. Also, while we find ourselves in a macarbre vein, as followers on Instagram might have seen, I found on this morning's walk along Regent's Canal not one but two dismembered sets of pigeon wings still attached to each other. All explanations welcome.

Posted by slepkane at 23:53 No comments:

Sound Thinking (My First Encounter With An Auditory Illusion)

I'm sure I wasn't alone as a child in trying to work out if a clock actually went "tik tok" or just "tik" by seeing if I could alternate in my head on what beat the "tik" fell, but for me the results never proved conclusive, perhaps because this test specifically depends on skewing the results. Anyway I knew the mind can play tricks, but I don't think I'd ever encountered a purposefully engineered auditory illusion until today, so huge thanks to Gavin Brockis for the following. It got me very excited.


According to the youtube blurb the Shepard Tone "seems to continuously get higher but never really does", like the aural equivalent of an Escher staircase. The mechanics of hearing are far more of a mystery to me though, so I'm far less clear what's going on - Oh wait, it's here, of course Vsauce made a video about it. Further thanks though to Gavin for this neat introduction to the reading of sound waves, and to James Bachman for trying to explain it all to me in terms of a slinky, almost as if the slinky was specifically designed to explain waves. Oo. Slinky physics. That's got to be a thing, no?
Posted by slepkane at 23:57 No comments: 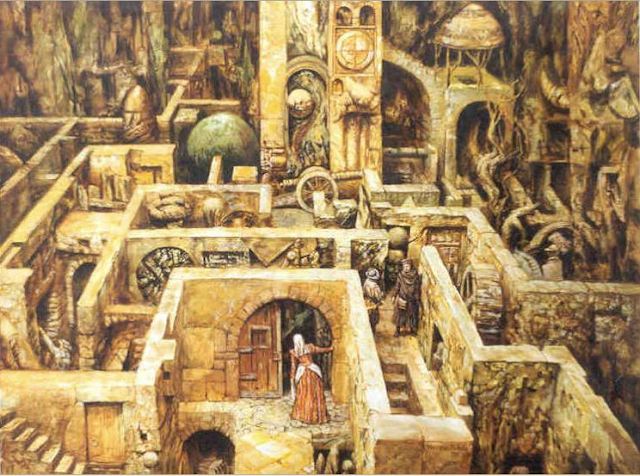 We did another quiz and zoom and chat about whether or not Jaws is a horror movie and if it is does that mean Jurassic Park's a horror movie, and here's my round. I've posted the answers in the comments.

1. Which article of clothing takes its name from this French trapeze artist? 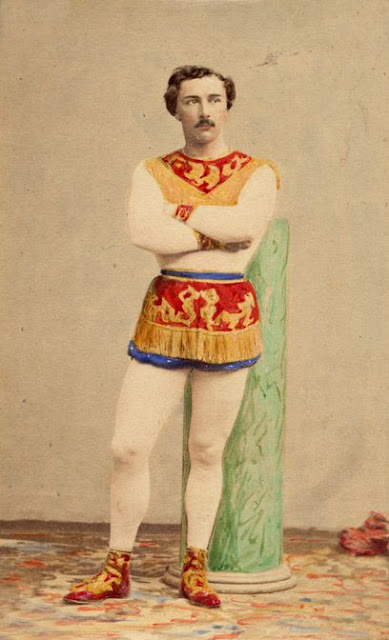 2. What do Scarlett Johansson, Vin Diesel, Linda Hamilton and Will Young all have in common from at least the moment they were born?

4. Not counting Battlecat who's more of an accessory anyway, which Masters of the Universe action figure was the first not to have four poseable limbs?

5. Two part question: Black Phillip is the what from The what? 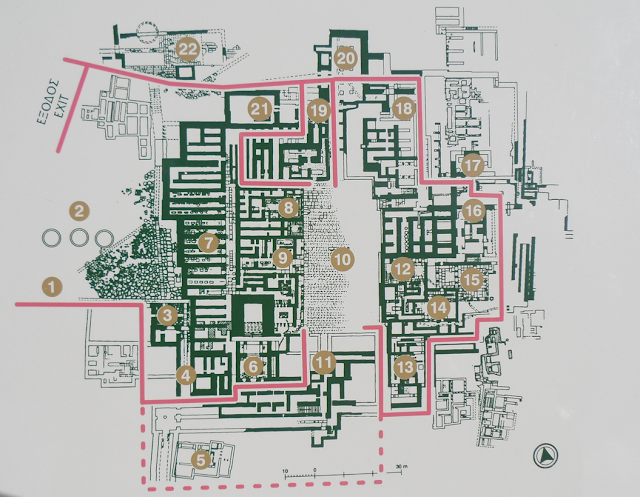 ... is the floorplan of the Palace of Knossos in Crete, thought to be the inspiration for the myth of the Labyrinth. According to that myth, what monster was it originally built to house?

7. Which cartoon spy works for the fictional "International Secret Intelligence Service", or ISIS? (And if you can only give me his surname, that's fine.)

8. According to the brochures of the Old Bailey, their statue of Lady Justice is not blindfolded because her "maidenly form" already guarantees impartiality, rendering any blindfold redundant. But what does she hold in her left hand?

9. It has been sung about by Donna Summer, Cilla Black, and the cast of The 40-Year-old Virgin, and it lasts approximately two thousand, one hundred and sixty years. What is it?

10. What links all the answers?