The Name! That! Game! Round 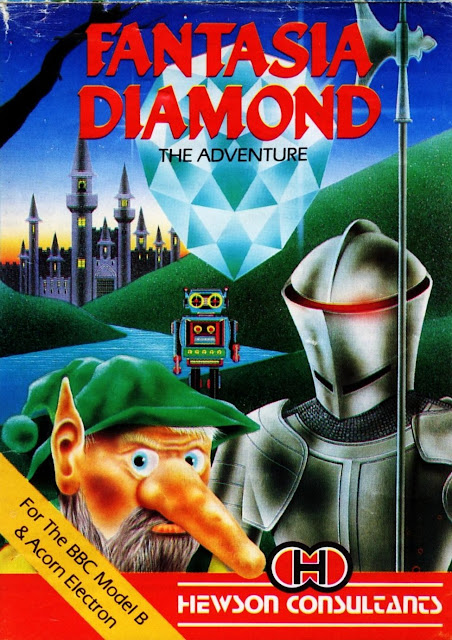 Here's the round I presented to my Dungeon Zoom Quiz Crew last Saturday. We go by a new name now, which will be revealed in the comments along with the answers. Can you tell what names have been blanked out from the following extraordinary, mainly mid-eighties home computer cover art? Apologies for my lack of photoshop skills, but I don't have photoshop... 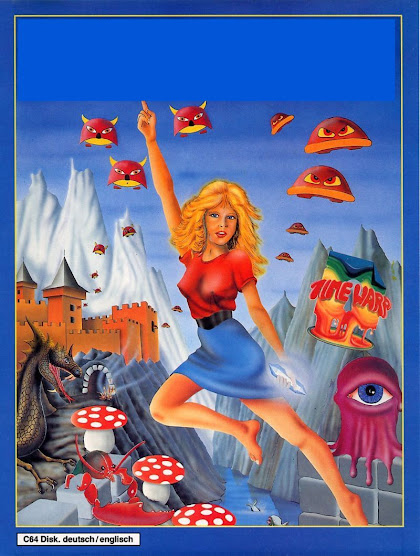 1.
a) Xanadu
b) Maria's Mushrooms
c) The Great Giana Sisters 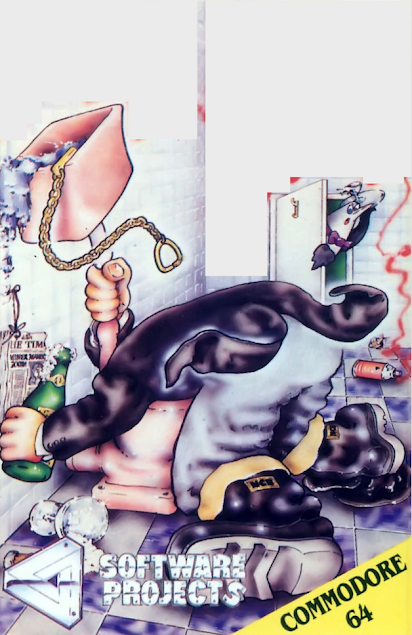 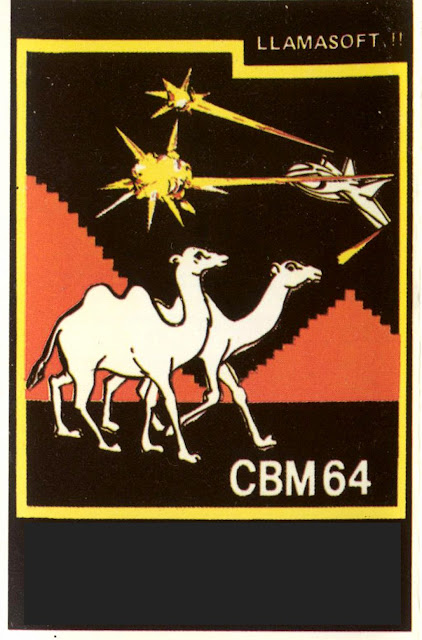 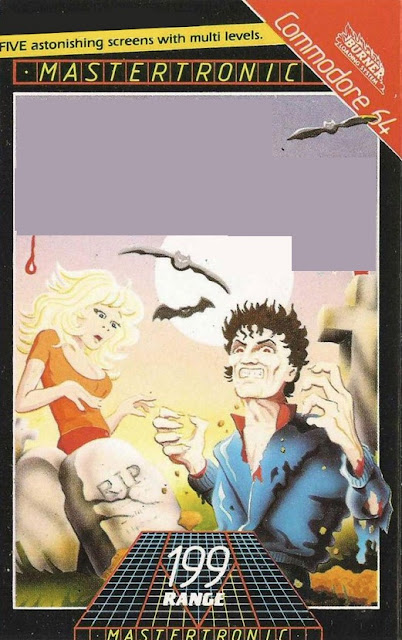 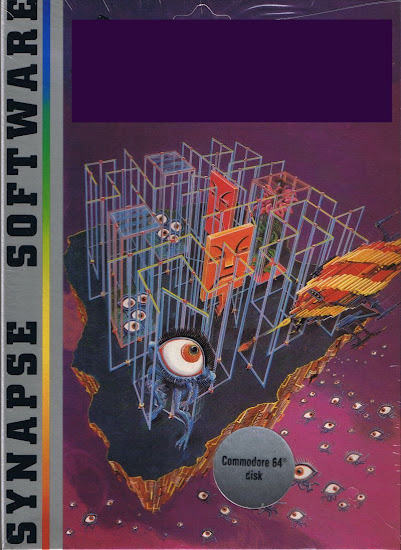 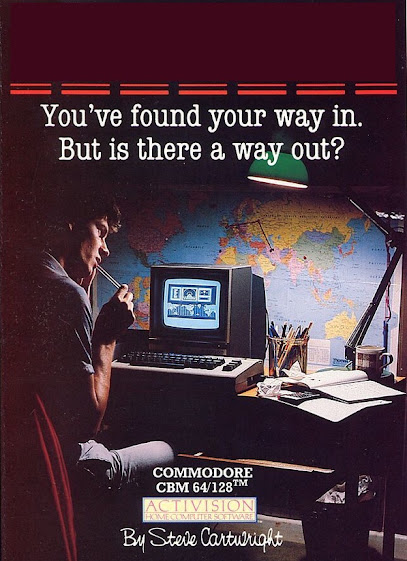 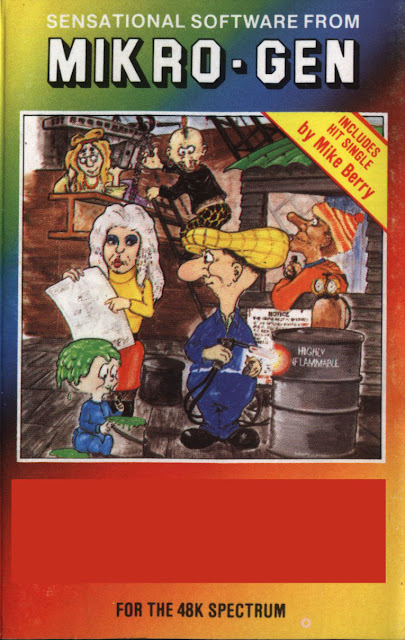 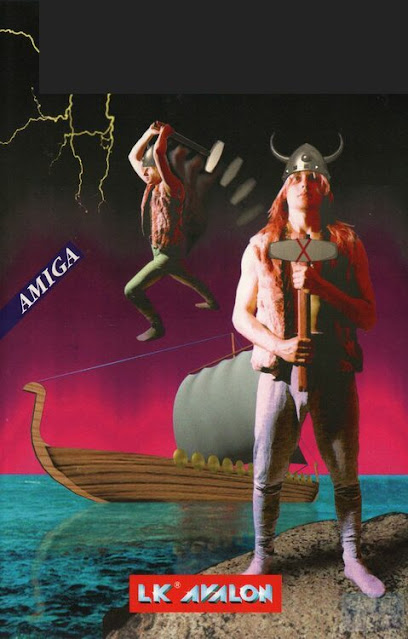 8.
a) Longboat Lionel
b) Thundergod 3: The Search for Socks
c) Vicky 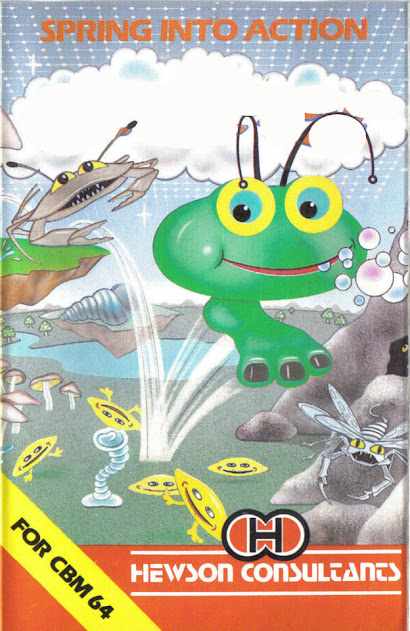 9.
a) Romper Stomper
b) Gribbly's Day Out
c) Catch The Crabs 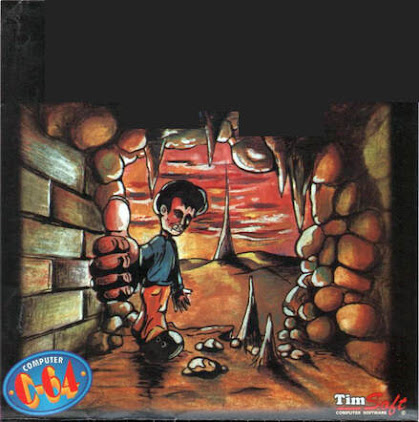 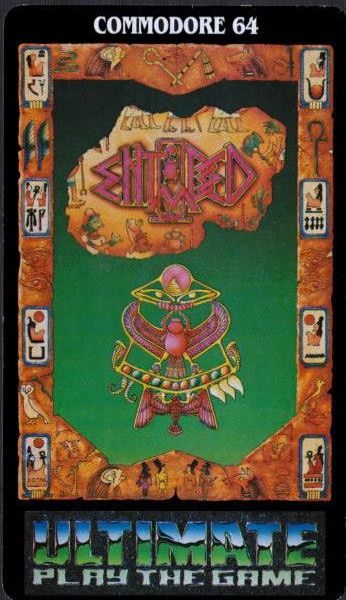 What is this game called?
Posted by slepkane at 20:37 4 comments:

Email ThisBlogThis!Share to TwitterShare to FacebookShare to Pinterest
Labels: Art, Dungeon, Incredibly Miscellaneous, My Round, Queries

Seth Meyers and John Oliver Talking About Empty Rooms Is So Lovely.

We've all learnt to laugh into our arms.
I've adored John Oliver on here before, but never been able to squeeze in how much I've grown to love and really value Seth Meyers. When he first took over the orange and teal chat show Late Night, all he really wanted to do it seemed was talk about Saturday Night Live, where he'd hosted "Weekend Update". But somewhere along the line, a second topical segment was introduced on top of the opening run of one-liners, "A Closer Look", and by the time Trump took office, this segment had grown from a four-minute bit, to a nightly monologue running sometimes to a quarter of an hour, more topical material than even Jon Stewart's Daily Show. "Closer Look" became how I get my news from America. It kept up, and backed by extraordinary research, it still rings with the clarity of a closing argument, while the real News seems oddly committed to propitiating contextless insanity. I don't think Britain has anything like it, it is all up on youtube, and it's a frankly invaluable resource. 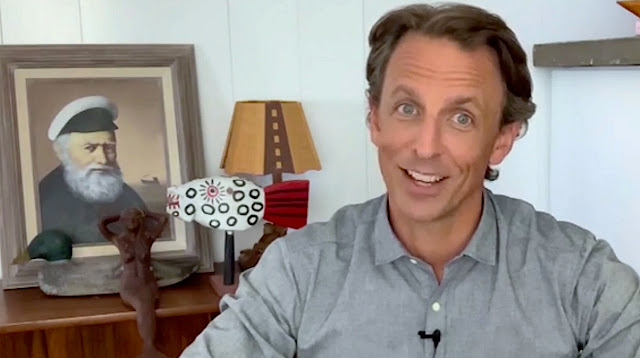 When the pandemic hit, my admiration for Meyers grew even more.
I'd always thought he'd had the best writers -– whom, like Fallon in the seat before him, he seemed happy to foreground – but no late-night host adjusted better to performing in isolation: Meyers moved to his attic, and then to his in-laws, populating both new workplaces with a background head canon of talking portraits, mysterious small doors, and self-replicating copies of Colleen McCullough's "The Thorn Birds". More crucially, he didn't wait for laughs that never came. His entire delivery changed to please only himself, and you can still see this change now he's back in the studio performing to a crew of ten. "A Closer Look", whose punchlines Meyers now powers through, is as great as ever, if not greater. Here's last night's on Matt Gaetz, featuring gorgeous footage of Trump repeatedly calling him "Rick", but included below is the chat Meyers had afterwards with John Oliver, about what might happen next, and how empty the rooms were when they started out – two comedians who've kept track having an absolute blast. I was howling.
"Stay safe. Wear a mask. We love you."
Posted by slepkane at 22:41 No comments:

Turning Round, Coming Through a Door, Shrugging or Tripping or Something with a Top Hat 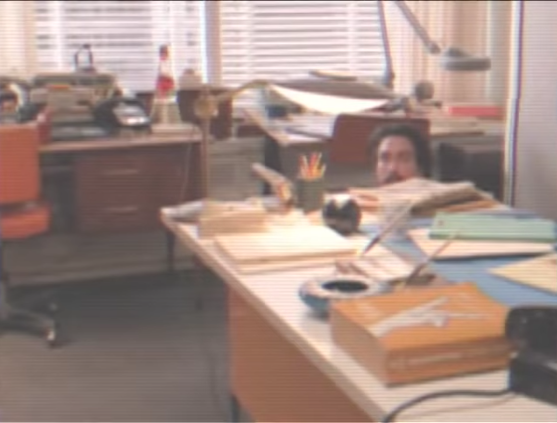 I thought I'd see what happened if I took a break from the blog,
and what happened is I re-binged Mad Men.
I moved schools in the mid-eighties, at around the age of ten, and the cast of characters changed around me. When I'd get home, to watch The A-Team, or It's Your Move, or Family Ties for Michael J. Fox and Justine Bateman even though I hated it, I would wonder who from this new cast would make it into the opening credits, and what two or three things they'd be shown doing, and what two or three things I'd be shown doing, if I made it in. I don't ever remember thinking of myself as the star of whatever this was. I only stopped thinking about this when shows stopped doing it – although it was probably still echoing around my head when I shot Mirrorboy – and being suddenly reminded of how formative the idea of a three-shot portrait had been to my childhood social aspirations is one of the reasons I love this Mad Men fan video so much; but there are many others.
How would you have popped up?
Posted by slepkane at 01:01 2 comments:

April the Second marks one year since I decided to start reading aloud Daniel Defoe's "A Journal of the Plague Year" on Youtube, and I don't know how I feel about this anniverary, which I suppose means I don't particularly feel anything. I remember thinking at the time that the idea of a "Plague Year" was a good thing to seed though: there seemed no way this would be over by Christmas, let alone the Summer. I probably didn't imagine so many would be vaccinated by now, however. I probably didn't think about it. Actually: yes, reading Defoe was my way of not thinking about it, immersing myself in the knowns of 1722 instead of worrying about the unknowns of 2020.
Here it all is again anyway, for anyone who missed it (in either sense of the word). In further Youtubing news, April the Second also saw my friend Barbara bequeath her old iPad mini to me today, in the hope that its editing software would prove less petulant than my old version of iMovie, so maybe I'll start Youtubing again. Let's see. I know many, many people have had a far worse plague year than me. I hope you're all doing tremendously. 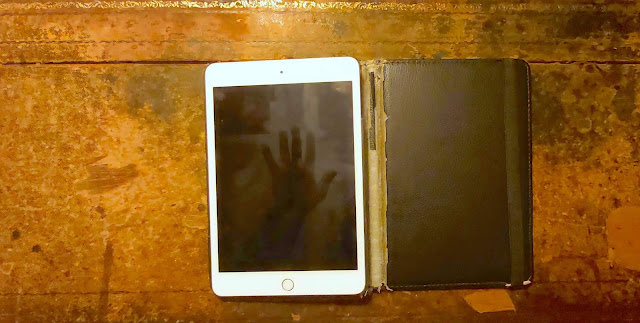 For April the First, my favourite accidental physicists "The Corridor Crew" loose their visual-effects-dissecting acumen on the moon landing, providing typically conclusive, keen and concise insights into its unfakeability. Watch and learn why this shot from 2001 couldn't possibly have taken place inside a vacuum, and why moonwalk footage from Apollo 11 couldn't possibly have taken place outside of one.
(And further confirmation, of course, can be found here.)
Posted by slepkane at 23:24 No comments:

Someone keeps removing things from the canal, and putting them to one side. Here's a free bike.

Listening to Cliff Richards on "Desert Island Discs", but thinking of The Beatles.

Looking up while waiting to shoot.

Back on Hampstead Heath.

A second back on Hampstead Heath.

I don't know what heated tobacco is, and I doubt this.

Which seems showier than anyone would actually want their own private, freestanding toilet to be.

Heat coming off from the left.

A peek inside the dressing room.

Peeping or peeking, I can never remember which.

Possibly something to do with the Olympics.

Posted by slepkane at 18:18 No comments:

"Shouldn't they have called it Conspira-sea?"

My friend Phil asked that, in the flesh. I bumped into him this evening, sharing beers with three more friends by the boating lake; one advantage of the parks filling up is a heightened chance of chance encounters. I'd watched Seaspiracy the night before, and when I got back in tonight and everyone had gone home, I followed it up with 2014's Cowspiracy. The one follows the other almost beat for beat, and who can blame it? Some of those beats are glaringly dumb – for example, the title – but some are brilliant, and the former documentary's disputed revelations are now common talking points. Maybe the same will happen to Seaspiracy, whose claim that over forty per cent of the plastic in our oceans comes from fishing seems far less disputed. As with Cowspiracy, the documentary's most powerful moments might come from seeing the shadow of some higher authority fall over the faces of mainstream environmentalists when asked if anything should be done about this: the good guys fall silent for what seems like minutes, standing at a crossroads invisible to the viewer.

"He had a point..." is literally the voice over for this shot.
However, also as with Cowspiracy, the documentary's dumbest moments come from awkwardly staging a moral awakening on the part of our innocent protoganist: "I left there feeling confused" becomes a catchphrase. I commend Ali Tabrizi's bravery, but literally every scene he appears in feels like a bad spoof, and one feels almost duty-bound not to take them seriously. But I'll probably stop eating fish anyway. And if this film's revelations end up having as strong an impact as Cowspiracy's, I won't even have to recommend it.
Posted by slepkane at 23:56 4 comments: